Tis The Season To Chester 2020 - with Glühwein!

If you’ve ever been to a German Christmas market, we think we can transport you back this festive season with the scent of hot Glühwein wafting from our Alpine chalet.

It’s one of the atmospheric scents of a Christkindlsmarkt on the continent– along with cinnamon, vanilla, roasting chestnuts and bratwurst.

This ‘glow’ wine which heats the Christmas shoppers in Christmas markets from the inside, is said to be documented as far back as the early 1400s.  But, as with many inventions, it seems like the Romans got there first with spiced heated wines in the second century AD.

The festive seasonal spices in Glühwein include cloves, star anise, vanilla, cinnamon and citrus which are mixed with red wine and sugar and then gently heated. There’s speculation that the name comes from the glowing, hot irons once used to heat the Glühwein. Further speculation that Glühwein was invented when red wine went off and our thrifty Medieval forefather added honey and spice to make it more drinkable rather than throwing it away, will be dear to the hearts of prudent Aberdonians!

If you have ever visited a traditional Christmas market, you’ll know that each city and town has its own annual mug design which is changed each year. Often these mugs have a design which includes the city skyline or famous architecture. There are some traditions which we just have to follow – and our ‘Tis The Season To Chester 2020 Glühwein and mulled wine mugs have been designed with inspiration from Queen’s Road’s architecture.

Our hotel’s five buildings – all designed by local 19th century architect Alexander Marshall Mackenzie – are in the foreground.

Queen Victoria takes centre stage from her perch on the Queen’s Cross roundabout looking west towards her beloved Balmoral Castle. Hard to believe she’s not been there since 1893 …. But she was ‘relocated’ there in 1964 from her original spot in St Nicholas Street when Marks and Spence was built. She’s cast in bronze as granite was considered to be too hard a material for such small and delicate carving.

Towering above all is the 150ft high, French Gothic style spire of Queen’s Cross Church which first opened in 1881. 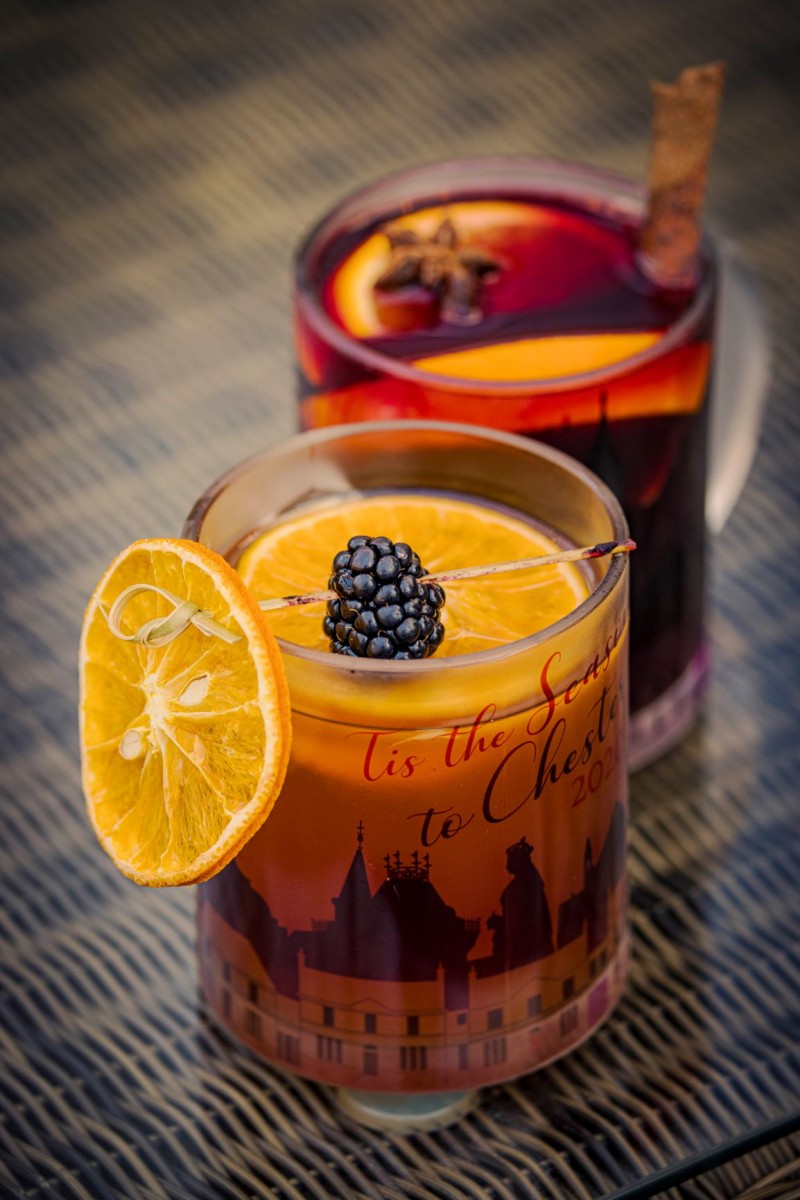