Out with the old and in with the new?

Exchange vows, line up and meet your guests, sit down to a three-course meal, cut the cake and have the first dance. Traditional weddings tend to run like clockwork – but what if you’re a modern bride who wants to break all the rules?

While our parents’ generation may have spent hours pouring over stationery books and pondering cream of tomato soup over prawn cocktail, in 2018 DIY brides are making their own invitations and serving up street food.

Wedding traditions still have their place, but many brides now feel that some of them are old. In the past, weddings were pretty much identical – each one would follow the same format and most venues would offer very similar packages.

But modern brides don’t want a cookie-cutter wedding. They all want something different and, in many cases, they want something contemporary. Whether it’s canapes and cocktails or ditching the bouquet toss, they just don’t want to follow tradition.

While there will be inevitable changes in line with fashions – for example the chocolate fountain craze of four years ago is out and pimp your prosecco tables are now most definitely in – I’ve also noticed a real shift in the fundamentals.

When we are working with couples to create their special day, we never assume or take anything for granted because attitudes are so very different than they were 20 or even 10 years ago. It’s now relatively unusual for grooms to approach the bride’s father to ask for his daughter’s hand in marriage, and I’ve now seen a few ceremonies where the bride has chosen to walk down the aisle on her own rather than have her dad give her away.

The roles of males and females are becoming less defined too. Rather than choosing a bridesmaid, best man or groomsman based on the fact that they are the same gender, couples are selecting the people to stand beside them based on their relationship to them. Best women are now a real thing.

I think we’ve witnessed this change more than other venues because we’ve become known as the go-to venue for couples that want to stage a chic city wedding, whether it’s large gatherings in the Granite Ballroom or smaller celebrations in the Granite Balcony.

Many of the brides who book The Chester Hotel have been inspired by the likes of Sex in the City and are looking for a glamorous event to rival the almost-wedding of Carrie Bradshaw and Mr Big. Others, however, enjoy the flexibility we provide in terms of our space, menu options and overall approach.

We present couples with core menu options, but they can tweak the food choices to suit. We didn’t ever want couples to feel restricted by our packages, or to feel that they were getting the same wedding as everyone else who has celebrated their special day at The Chester Hotel.

The feedback we’ve had from couples is that they don’t want to buy a complete package where every single bit of food or sip of wine is already set in stone. They like the fact that they can allocate more of their budget against certain items, while lowering their spend on other items can free up funds to spend on little extras they may otherwise not have been able to have.

It’s my job as a wedding planner to ensure that our couples get the wedding they really want, whether it’s one that’s steeped in tradition, or a thoroughly modern affair with a much more contemporary outlook. 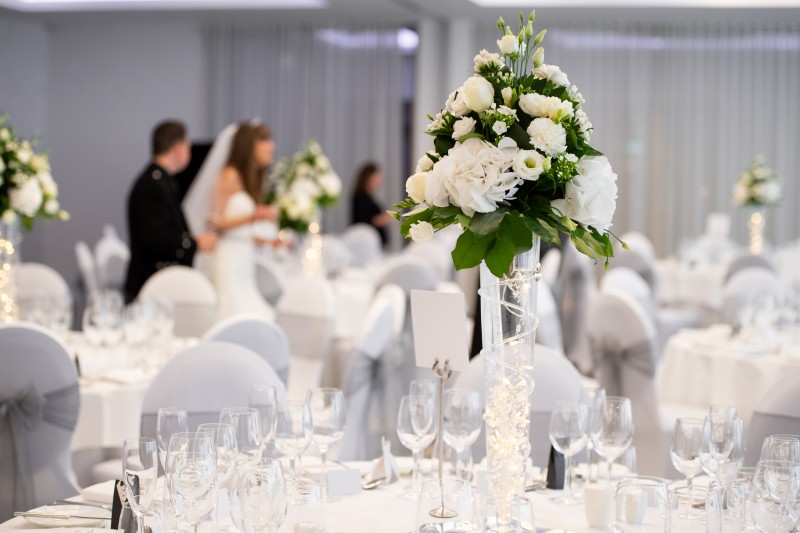