May The Architectural Force Be With You

Star Wars fans will be celebrating Star Wars Day today – #MayThe4thBeWithYou, but we have our own celebration on May the fourth.

Ask any Aberdonian to name a famous local architect and the majority will know Archibald Simpson – if only for the pub of his name which now resides behind one of his impressive facades. He’s widely credited as having fashioned the character of Aberdeen as the Granite City with iconic examples of granite architecture including The Music Hall - originally known as the Assembly Rooms, The Athenaeum, Bon Accord Terrace and the Royal Infirmary. More commonly known locally as Woolmanhill Hospital.

But Simpson must have been good at his own PR because there’s another local architect who ought to be an Aberdonian household name.

Alexander Marshal Mackenzie  - was the genius behind many of Aberdeen and the north east’s favourite buildings including the magnificent Marischal College and Greyfriars Church, Elphinstone Hall at Kings College in Old Aberdeen, Aberdeen Art Gallery, the harbour offices at Regent Quay, the War Memorial and the Cowdray Hall, the Northern Assurance building (affectionately referred to as The Monkey House) and Langstane Kirk.

Further afield, he designed Crathie Kirk by Balmoral and Mar Lodge by Braemar and Australia House in London.

One of his finest hotel buildings was The Waldorf Hotel in London and he also designed The Douglas Hotel in Aberdeen’s Market Street and The Grand Hotel – now known as The Caledonian Hotel in Union Terrace Gardens.

We say that The Waldorf was one of his finest hotels, because we rather think that, had he known that five of his Victorian villas in Queen’s Road would eventually be linked together into The Chester Hotel, he’d be rather proud. Especially since he designed number 59 for himself and lived here.

Alexander Marshall Mackenzie worked at his drawing board until the week before his death a another of his properties – Culter House. 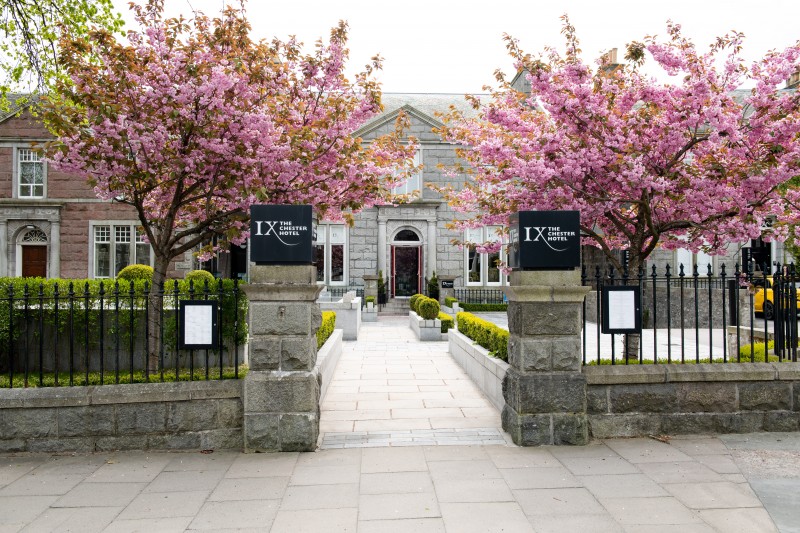