Make a date with tea and cake

Do you ever have that sinking feeling during the afternoon? The type of uneasy sensation in the very pit of your stomach that only a nice cup of tea can settle?

It turns out that you’re not alone. Anna, the 7th Duchess of Bedford, was known to suffer from this affliction, often complaining about an unwelcome churning in her tummy.

Back in the early 19th century it wasn’t possible to get a diagnosis with a quick call to NHS 24, so Anna had to figure out how to treat that empty feeling all on her own.

Luckily – for us as much as for her – Anna was one smart lady. She discovered that a pot of tea and a light snack taken in the afternoon in the privacy of her boudoir was just the tonic.

It wasn’t long before she started telling her friends how she conquered her feelings of afternoon emptiness and they began joining Anna in her chambers for a cuppa.

Being the Kendall Jenner of her time, other socialites started copying her. Soon, eating a sannie and a slice of cake in the middle of afternoon became an activity respectable enough to move out of the bedroom and into the drawing room.

Her chambermaid was particularly relieved: picking the crumbs out of the pillowcases was becoming quite the chore.

So it followed that all of fashionable society began taking afternoon tea. Now, hundreds of years later, we continue to raise a fine china cup to Anna’s ingenuity at The Chester Hotel with our very own afternoon tea.

We believe it is one of the most fantastic afternoon teas that Aberdeen has to offer, with unlimited tea and coffee and cake stand almost toppling over from the weight of the treats.

You’ll enjoy finger sandwiches, homemade sausage rolls, quiche, scones, cake, patisserie and tarts. Just a cursory glance at the menu would have had Anna and her contemporaries coming over all unnecessary – and that’s without the option of adding champagne or cocktails.

If you like to stick with tradition, you’ll find a huge selection of different teas and coffee on our extensive menu. But, if we may, we recommend you try our very own Chester loose leaf blend. 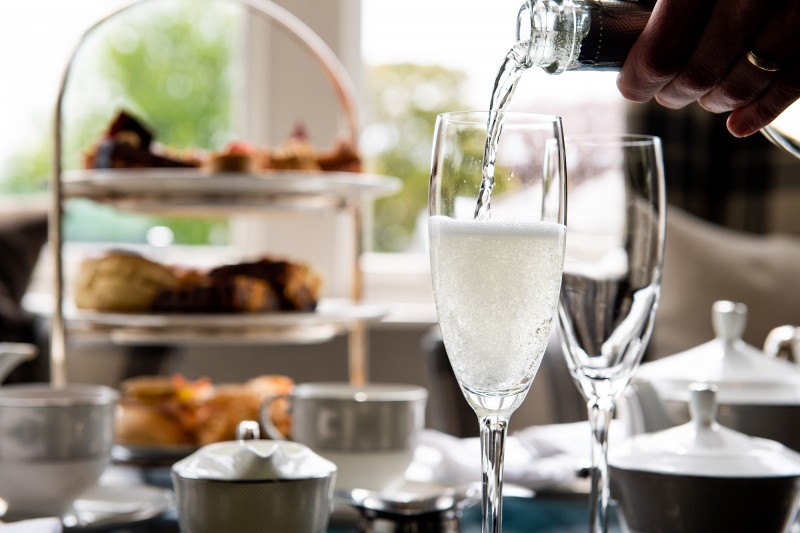