Looking for space in a hotel bedroom? Our grand rooms will be just grand

If there is one thing that we humans hold dear, it’s our right to our own personal space. Whether it’s squashed nose to armpit on a busy commuter train or negotiating the shopping centre crowds on a busy Saturday afternoon, we hate it when people invade our turf uninvited.

If you like to keep unwanted intrusions in your space to a minimum, you’re going to want to book yourself a Grand room the next time you’re planning to check in at The Chester Hotel

Our mid-range room has been designed with maximum space in mind, meaning you’ll have tonnes of room to flop out and relax after a busy day seeing the sights of the Granite City, or to catch up on emails after non-stop business meetings during the day.

Our grand room is can be compared to what many other hotels describe as a super king – but we felt that moniker just didn’t do it justice. Grand is used to describe something of magnificence…and that’s exactly what these rooms are.

If you’ve previously stayed with us, you’ll be used to the Grand rooms in the original part of the hotel. However, we have added to their number with several rooms of this type being added as part of our multi-million-pound extension into the neighbouring granite villas.

In this part of the hotel we offer the same exquisite design standards and exceptional amenities, but the colours here are little lighter than the dark and sultry bedrooms in our first footprint.

Rather than deep golds and browns, the new wing’s Grand rooms pop with bolder colours – and each has bespoke furniture designed to be fitted around the original architecture and its quirky nooks and crannies.

But what remains absolutely consistent, along with the luxury bedding, designer toiletries and state-of-the-art in-room entertainment and technology, is the additional space that a Grand provides.

It’s possible to set the Grand up as a twin room, making it perfect for friends travelling together, and some are interconnecting – a fantastic function for families or friendship groups who want their stay at The Chester Hotel to be sociable.

So, if you like to spread eagle and spread out, our Grand rooms will certainly spread a little joy in your life. 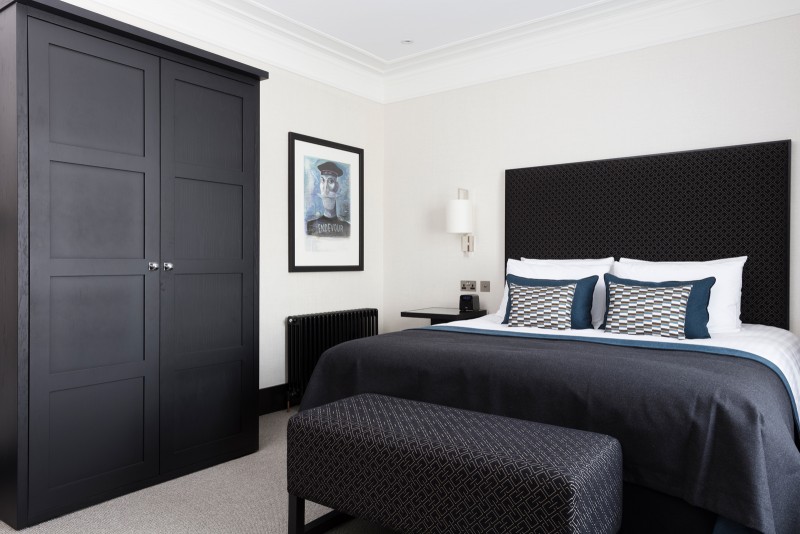