Turn on the taps and let the cool stuff flow – we’re saying cheers to the beer this weekend.

As we raise pint glass in celebration of Beer Day Britain on Saturday, June 15, it’s good reason to toast the resurgence of British beer making.

The craft beer revolution has helped make hops hip again. Creative new brewers, using different flavours and influences, are helping to quench the public’s increased thirst for beer and have got people excited about the drink again.

We’re lucky to have innovative producers, like Brewdog, Beer Story and Six Degrees North, on our doorstep. You’ll find their beers served in our bar, part of our wide-ranging beer offering from breweries at home and abroad - we're also one of only a handful of Scottish bars stocking Edinburgh brewed Cold Town Beer.

Our Scottish brewing supremos are reviving something of our nation’s heritage in championing the craft. While Scotland is famed all over the world as the home of whisky, did you know that the country has ancient links to beer making too?

Beer was brewed here by the Picts from around 2,000BC, and over centuries waves of invaders, including the Vikings,  brought the habit of drinking their tipple of choice with them, reinforcing our native love of the brew.

In fact, in medieval times, it was said to be considered safer to drink beer rather than water, due to the brewing process killing most infection-causing bacteria.

Nowadays we have no such concerns, and we’re delighted to cater for all beer lovers with vast range of British and international beers for your delectation.

So, whether you say skol, slainte, or cheers, make a thirst-quenching beer your drink of choice this weekend. 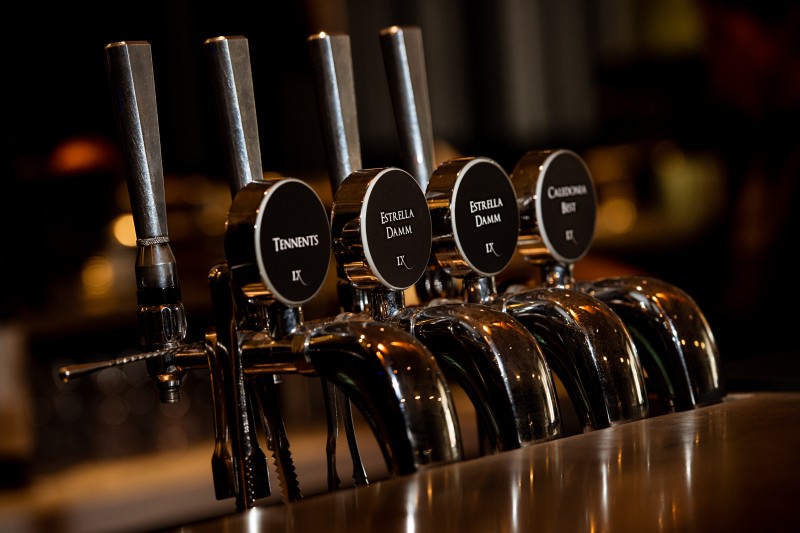